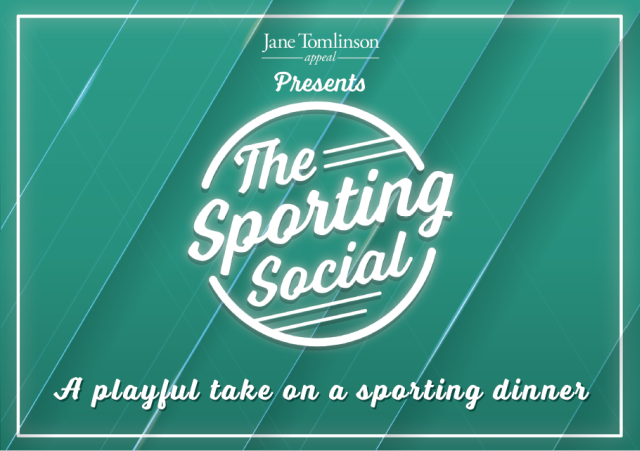 Sports stars past and present will go head to head in an evening of sporting fun and frolics for the Jane Tomlinson Appeal.

The Sporting Social – back for a second year – will be hosted by TV star Clare Balding and will see sports personalities including Sir Chris Hoy and Kevin Sinfield reminisce about their greatest moments, on and off the field.

The big names of rugby, football, athletics and cricket will also take on the audience in a fast-paced sports speed quiz to see if their brains match their brawn!

Among the stars also scheduled to appear are former Leeds United, Sheffield United and England footballer – and scorer of the Premier League’s first ever goal – Brian Deane.

Tickets are on sale now, and are already selling fast. Tickets are priced, £55 a head, or £500 for a table of 10, and include welcome reception drinks and a two-course dinner.

Funds raised will go to support the Appeal’s work with children and people affected by cancer.